I can’t possibly cover every title I read in 2016, even if I narrowed it down to my favorites. But what I can do is emphasize the books that I was not only captivated by, but those that deserve a much wider audience than someone as unknown as I am capable of gathering. But I have to do my small part…

Kristine Ong Muslim’s Age of Blight is a wonderful collection, full of brief, strange and poetic vignettes. The slim volume is separated by four sections: Animals, Children, Instead of Human, and the Age of Blight.

Animals, as the name implies, focuses on non-human creatures. With references to Harry Harlow’s infamous experiments (“The Wire Mother”), and the first creature to orbit Earth (“The Ghost of Laika Encounters a Satellite”), these give an idea of the atmosphere Muslim creates. And while these stories happen to be the two I found to be the most poignant, they all left a profound impression.

Children explores the world of childhood cruelty, fears and superstition. “The Playground” and “Dominic and Dominic” stayed with me fervently, though again, they all linger in various degrees.

Instead of Human includes a harrowing depiction of disease and entropy, “There’s No Relief as Wondrous as Seeing Yourself Intact,” highlighting Muslim’s uniquely skill in amalgamating philosophical concepts, science fiction, and emotional turmoil. This is merely one example I chose to convey how compelling the whole thing is, but I’ll move to the next.

The Age of Blight’s stories conclude by depicting an End of the World scenario by asteroid impact. I could ramble on and on, but I’ll conclude by saying that “The First Ocean” alone is such a powerful depiction of cosmic terror I’m not sure I can come up with anything comparable.

Every story here offers its own apocalyptic and grim view of humanity’s brutality, while remaining emotionally profound and haunting the reader long after finishing the book. Each tale works as its own, concise, potent thing, but the cumulative effect of the collection builds like a catalytic reaction. A brilliant collection. 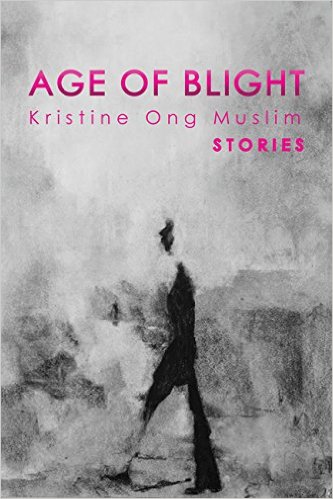