THE SECRET OF VENTRILOQUISM offers up nine nightmarish tales that touch upon body horror, philosophical terror, the mystery of puppets, and an accumulation of dread that at times threatens to become all consuming. Each tale is connected in what feels more like a shared nightmare than geographical shared-world, overlapping and referencing places and names and incidents, accentuating the sensation that the reader is being yanked down into a chasm of the author’s design. The whole effect is one of a sleeper unable to wake from encroaching nightmares. What an astonishingly exciting debut.

The limited edition hardback with gorgeous Dave Felton art is sold out, but the trade paperback can be pre-ordered from Dunhams Manor Press, and the volume should also be available via Amazon by the end of the month.

The Mindfulness of Horror Practice

Murmurs of a Voice Foreknown

The Secret of Ventriloquism 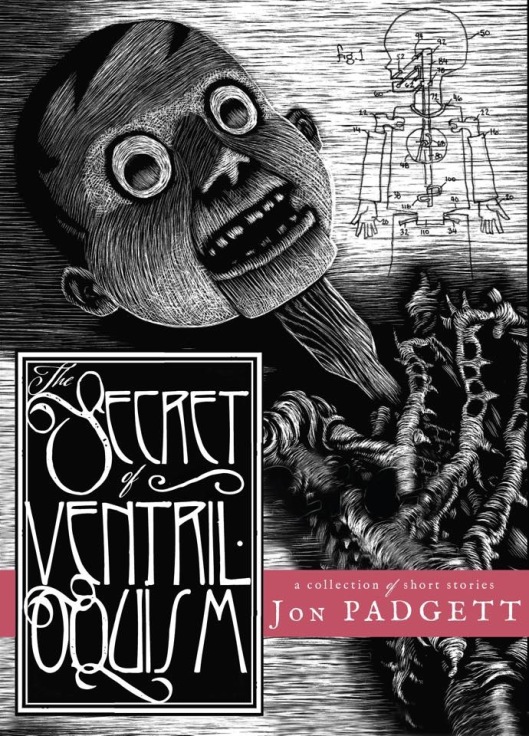 1 thought on “The Secret of Ventriloquism”