Vastarien: A Literary Journal was released back in March and has garnered positive responses and reviews in the following weeks. Congratulations to Jon Padgett and Matt Cardin for their combined effort and talent in bringing this Ligottian tome to life, and for forging ahead with future issues to broaden the journal’s horizons and voices. Though my story “Affirmation of the Spirit: Consciousness, Transformation, and the Fourth World in Film” hasn’t attracted much attention (and even less acclaim) compared to the other pieces, it was a pleasure to have been involved despite my story’s reception.

I hope the pretentious pseudo-academic title doesn’t scare potential readers away! Despite it falling into the hybrid category, “Affirmation of the Spirit” is a work of fiction. It is not a reprint, Cinemassacre magazine never existed, and while the references and quotes are real, any and all concepts related to any film “fourth world” are purely my creation. “Affirmation'” is a spiritually connected to my stories “Film Maudit” and “Making Snakes” (specifically the Powdery Man’s presence), and was intended to expound on the role of film in Weird-horror fiction—at least as it’s portrayed in my stories.

While literary geniuses like Gemma Files and Ramsey Campbell have contributed some of the most powerful stories concerning film and horror, my hope was that my humble contribution could be used as a template to tell similar stories, to explore similar themes on the role of film in altering storytelling, consciousnesses, and reality.  That was the intent anyway.

We’ll see what happens next, if anything. 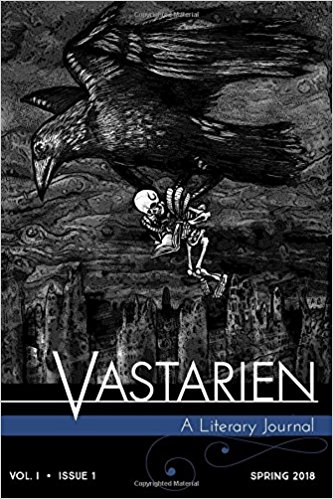 7 thoughts on “Vastarien: A Literary Journal”